coupling spine
(Order Isopoda):
When present, coupling spines (or hooks) occur on the maxillipedal endites and pleopodal peduncles, and serve to lock the opposing appendages together, allowing them to function as a single unit [Wetzer et al. 1997].
( 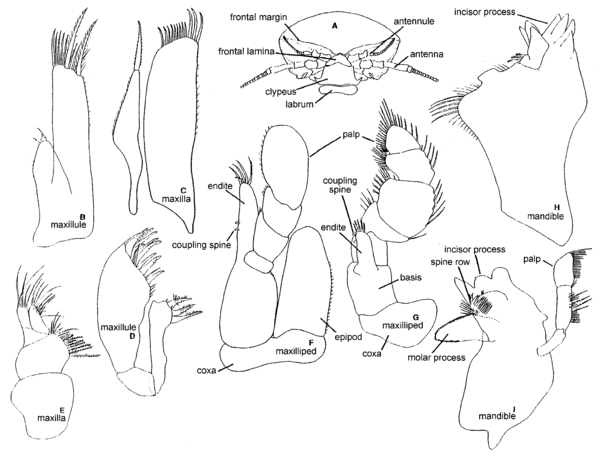 Look at other dictionaries: